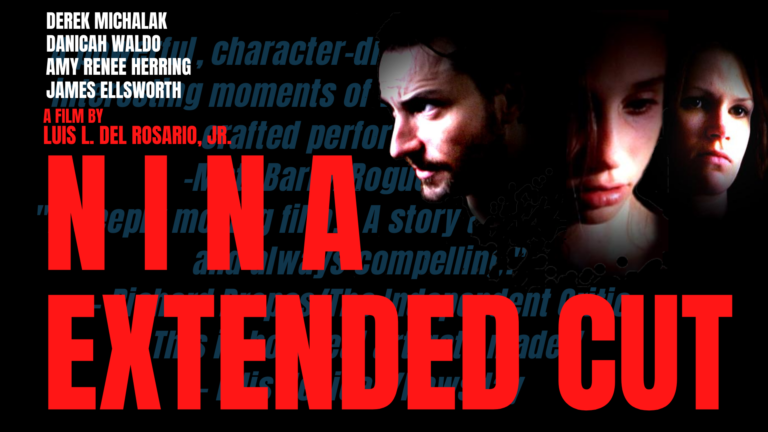 Nina, from Rosario Entertainment, is a powerful story of three kindred spirits coming together and finding support in each other while on their separate journeys through life.

A disaffected and lonely man, Joe (Derek Michalak), stuck in a dead-end job, seeks the company of a relationship and the direction to get out of his current station in life. One night, he saves a young girl, Nina (Danicah Waldo) from a group of street thugs, and takes her in. The two become close friends. Nina reunites Joe with his coworker Tanya (Amy Herring), who is trapped in an abusive relationship and had rejected his earlier advances. The three become a kind of close-knit family in the process. Joe decides to get himself back on his feet, training for a prize fight, and finds the support and companionship he’s sought in Tanya. Along the way, there are effective moments of melodrama that are well-handled by the actors, particularly the subplot involving Tanya and her abusive husband. The plot works toward a tense and moving climax revolving around the championship fight, the final confrontation with Tanya’s husband, and a final act that has tragic consequences for all involved.

Director Rosario and actor Michalak create a truly moving character out of Joe. Michalak gives the role a great balance between a kind of isolation and a slightly pathetic quality that earns the sympathy of the viewer without ever becoming manipulative. Waldo delivers a very effective performance as Nina, warming up to Joe and helping him grow as a person.

There are some particularly interesting stylistic flourishes, too. The scene in which Tanya is confronted by her abusive husband is conveyed off-screen while we see a slow, panning shot of the living room, creating a highly unsettling contrast to the events we hear taking place out of the shot.

The New York locations are well-chosen and work very well with creating an environment in which these characters go about their lives. The scene in which Nina brings Tanya to meet Joe at Coney Island captures the slightly decaying, desolate feel of the old Coney Island quite well.

For more information on the movie, visit: NINA: Extended Cut